Black Friday can be either the most stressful day of the year or the most rewarding for people around the United States, but what is Black Friday? When did it start? Why do so many people flock to stores on the day after Thanksgiving, wallets in hand?

I will give you the complete guide to what Black Friday is, how it started, and why it is so universally popular today. I will also back up my research with real statistics from past years. Soon you, too, will be a Black Friday expert. Let’s get started!

The History of Black Friday: How It All Started

The origins of Black Friday are a matter of debate. There are three main explanations that have been heavily researched over the years, and I will go over each one of them here.

Historians believe that the term “Black Friday” was first coined during a financial crisis in 1869 regarding the United States gold market.

Two investors named Jay Gould and James Fisk attempted to keep gold off the market by buying as much as they could in order to make gold prices skyrocket. They selfishly manipulated the system for their own profit, and they used politics to support their scheme, destroying the overall economy of America in the process.

This version of Black Friday was obviously a negative one, which is why most people today don’t accept it to be the origin of the modern-day Black Friday we know. It is the first recorded use of the name in history, however, so it is noteworthy to mention. It contributed to the negative connotation the term holds today for police officers and those of us that prefer to stay home due to the massive throng of people crowding stores and roads.

Others believe that Black Friday started in Philidelphia, Pennsylvania in the 1960s. This is the first time the name Black Friday was used in print.

A police report published during that time is said to have coined the term “Black Friday” during a period of insane traffic after Thanksgiving. They referred to it as ‘black’ due to the dismal traffic conditions and horrid commute times as people rushed to stores to buy Christmas gifts.

Read more  Tips on Securing the Right Car for You

It was the first day of the Christmas shopping rush, and oftentimes Santa would begin his rounds in department stores. Eager shoppers and hyper kids do not make a good mix for foot traffic and roads, that’s for sure.

Lastly, most believe that Black Friday started as a means to help businesses get out of the red during the holidays.

This means they were not making enough money to make ends meet, and back when businesses did most of their bookkeeping on paper they used red ink to mark negative balances or financial loss.

They used black ink to record a surplus of money, or profit, which is where the name Black Friday gets its meaning in this explanation. In hopes of getting out of the red and back in black, stores came up with a collective idea to run big sales on this day to make the most profit. Conveniently, this time period falls right before Christmas, when people tend to do the most spending.

This is the most agreed-upon origin story for Black Friday, but it does not have a date stamp. It is possible the original term came from one of the other two sources and was absorbed into the vocabulary of businessmen over the years.

Why Black Friday Is Popular

Deals, deals, deals! Any excuse for people to shop their hearts out and save a few bucks is a good one, especially around Christmastime.

Consumers tend to care about three things: having a lot of goods, making sure they keep up with the latest trends, and saving the most money possible. The increase in technology over the years has made it easy for retailers to blast ads and showcase the most popular items for the best price.

Black Friday is a hotbed for these advertisements as kids and adults alike glue their eyes to TV screens, computers, and smartphones. With more people scrolling through news feeds and binge-watching their favorite shows than ever before, Black Friday has flourished in an electronic environment.

Businesses know that people love a good sale. They also know that Christmastime is a huge excuse to shop and spend all of your money. Put those two things together, and you have a masterpiece on your hands. In the rush to make the biggest profit and compete against all the other retailers around, stores do their best to display the biggest and best deals of the year, and it works.

Black Friday is not only about the deals, however. It’s also about tradition. Thanksgiving marks the start of the holiday season, and naturally as soon as peoples’ bellies are full of turkey, they begin to dream about Christmas. Ads start popping up on the TV, kids begin writing letters to Santa, and family members start scrambling for gift ideas. The day after Thanksgiving is the natural start of all holiday shopping because it is so ingrained in our minds that it feels almost criminal not to start shopping right after the first major holiday of the season.

Sales Stats Over the Years

Now you know what defines Black Friday. It is apparent that Black Friday encompasses many things. It is a big profit rush for companies, a veritable storm of shopping and sales for consumers, and a headache for the police and the general populace. Through the years, Black Friday has twisted in and out of peoples’ minds during stressful periods of time as well as happy ones. In a turmoil of mixed emotions, it makes sense that it has remained relevant in the world today.

Read more  Tips on Securing the Right Car for You

Founder and chief editor of dalibord.sg-host.com Blogger, Affiliate Marketer, Tech and SEO geek. Started this blog in 2011 to help others learn how to work from home, make money online or anything related to business and finances. You can contact me at makemoneyinlife@gmail.com 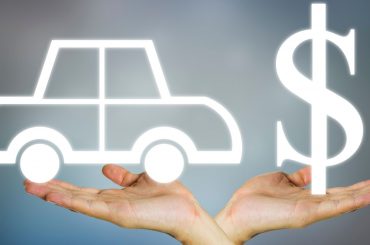 Tips on Securing the Right Car for You 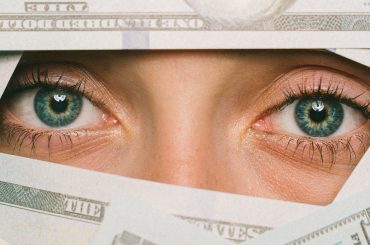 Budget-Friendly Tips For Decorating Your Home